As an attorney and chiropractor, Harry Brown, along with his team of attorneys, provides compassionate, unparalleled service in Savannah, Georgia.

Need immediate help? Click the button below for a free consultation.

We put our clients' needs first.

If you searched for “Personal Injury Attorney Near Me,” you’ve come to the right place! Our Savannah personal injury law firm has the best personal injury attorneys in Georgia. Our Savannah office offers a free legal consultation so we can determine the value of your case.

We also understand that customer service is important, especially if you are dealing with physical pain from your injuries. That’s why you’ll work directly with a legal team and the best accident injury doctors in Savannah, who will call you back, help you understand your options, get you on the road to recovery, and fight for what you deserve.

Do You Need a Personal Injury Lawyer?

All too often, lawyers want you to settle your case as quickly as possible with the insurance companies so they can get paid fast.

At The Brown Firm, we believe that each case and each family deserves our maximum attention and effort. Some call that Southern hospitality. We call it doing the right thing for our clients.

Harry Brown has seen how injuries can impact your quality of life both physically and financially.

As both a Medical Professional and a Lawyer, Harry Brown developed his Savannah, Georgia, Personal Injury Practice with a vision of compassion for the individual and a dedicated heart to fight for justice. His background in healthcare as a Chiropractor offers you a level of medical knowledge far beyond that of most accident lawyers.

He has seen how insurance companies take advantage of the injured and realized he could bring that experience and knowledge to personal injury law for people like you!

Still, need more information?
Let’s go through some specifics about Personal Injury Law that you need to know and the particular practice areas we serve.

Why Choose The Brown Firm?

Our Savannah, Georgia, personal injury attorneys aggressively negotiate and litigate on behalf of our clients, pursuing their rights to fair compensation.

We have an in-depth understanding of Georgia personal injury law, significant courtroom experience, and an unparalleled medical background.

With The Brown Firm on your side, you can expect the personalized attention of a small firm with the financial backing to take on any case size.

You need to feel comfortable with the lawyer you’ve chosen.

From your first phone call with our staff, to your free initial consultation, we make it a priority to get to know you, the details of your case, how you have been affected by your injuries, and learn how we can best help you through the legal process.

Dedicated Lawyers Who Fight for You

The Brown Firm is comprised of personal injury experts who are trained to strategically fight insurance companies and large corporations in court.

Whether your case involves a negligent driver or a major corporation, we make it our priority to investigate each case thoroughly. We pride ourselves on taking cases other Georgia law firms may find challenging to handle.

Our injury lawyers have established themselves as respected trial attorneys who are not afraid to go to court to get their clients the fair settlement they deserve.

We aim to get the maximum settlement amount allowed by law for our clients and will fight aggressively to achieve this goal.

We Protect Your Rights

If you were in an accident due to another’s negligence, we can help. No one should have to suffer because of someone’s negligence. The Brown Firm is committed to protecting your right to the fair compensation you deserve.

Debilitating injuries can lead to a lifetime of costly medical care. Let our experienced team protect your interests, so you can get adequate recovery.

How We Handle a Personal Injury Claim

After reviewing your case, we will prove the at-fault party is responsible for your injuries and focus on settling your personal injury claim.

If necessary, our experienced accident attorneys will take your case to trial to protect your interests. 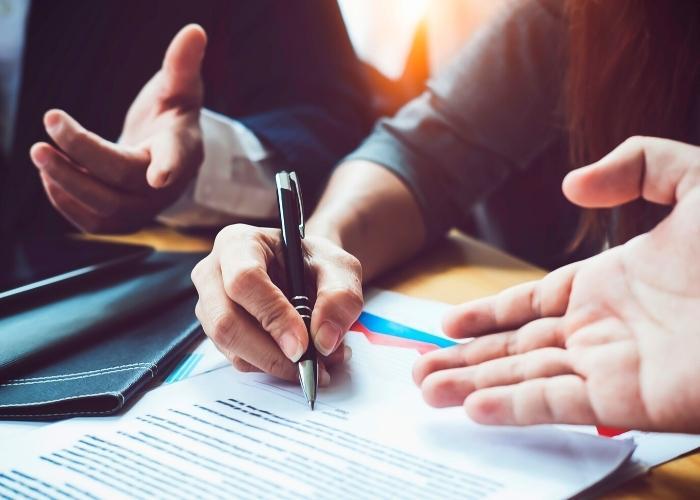 Whether you have been in a car accident or suffered medical malpractice, our legal team represents clients during their most stressful times. For more than a decade, we have represented the injured in Savannah, and we can put that experience to work for you.

Lucy Warren

Keeping Clients Up To Date
Read More
"I cannot thank the Harry Brown Firm enough for the work they did for me after my accident. From the first point of contact to picking up my settlement check, and every point in between, they were the BEST! My case manager, Deborah, checked on me multiple times throughout the process to see how treatment was progressing and to keep me up to date on the status of my case. My attorney, Adam, was incredible as well and definitely knows what he's doing! I am grateful for all they did for me!!"
Jessy Estrada

Exceptional Work
Read More
"The staff, along with the firm, showed very ethical work and importance to my case. They made sure that I was notified about anything relating to my case. I thank the Brown firm, for their exceptional work throughout my case."
Marlene Lloyd

Professionalism, Quality, Responsiveness, Value
Read More
"I am extremely pleased with the way my case was handled. Everyone at the firm were professional, caring and worked diligently to take care of my medical needs and provide a fair settlement. My attorney continues to go above and beyond to help. I am proud to recommend The Brown Law Firm!​​"
Previous
Next

Ready to Talk to a Savannah Personal Injury Lawyer?

After an accident, it’s normal to have a lot of questions. Unfortunately, it’s nearly impossible to get clear, honest information from the insurance company.

Here, our personal injury lawyers answer some of your most common questions.

What Is a Personal Injury Lawsuit?

A personal injury lawsuit is a civil lawsuit in which the injured party sues the negligent party for compensatory damages after they were harmed.

Some of the most common types of personal injury accidents include:

If you were involved in one of these types of accidents and are suffering an injury, a personal injury attorney is the best way to ensure that you receive compensation.

How Much Does It Cost To Hire a Personal Injury Attorney?

Working on contingency is very beneficial to clients because they can rest assured knowing that their attorney will do everything in their power to maximize their settlement.

What Can I Be Compensated for if I Am Involved in a Personal Injury Accident?

If you are involved in a personal injury accident, much can be included in your settlement, though it depends on the type of accident. In most personal injury cases, settlement amounts include compensation for:

It is important to have an experienced team evaluate your case to determine what should be included in your settlement and ensure that you get maximum compensation.

The type of claim, amount of damage, the extent of injuries, and the amount of insurance coverage, will determine the value of your case.

The amount of compensation awarded can range from thousands to even millions of dollars. Your Savannah Attorney will most likely include the following types of expenses during settlement negotiations:

How Long Will It Take To Get My Settlement?

Personal injury lawsuits can vary when it comes to the period of time it will take to settle. You should never rush to receive fair compensation.

First, it depends on how soon after your accident you contact an attorney and file your claim for damages.

Second, the severity of the accident and injuries can add on extra time. Insurance companies will wait until the victim is completely healed and all medical treatments are completed. Your attorney can set up a medical lien so that you do not have to pay your medical bills until your case is settled.

Finally, it depends on the size of the settlement and when you can get a court date. Some cases can be resolved within a few months. If you are going after a larger settlement and must go to trial, it will take longer.

How Long After an Accident Do I Have to File a Claim?

There are set laws called "statute of limitations" that determine how long an individual has to file a claim after a specific accident.

The two-year statute begins the day of your accident. If you do not file your claim within this window of time, the courts will not hear your case.

You will lose your right to claim both non-economic and economic damages.

The sooner you speak to an experienced attorney after your accident and file your claim, the greater the chance of a larger settlement you have.

What Are Common Types of Personal Injuries?

Whiplash occurs when the body moves forward and backward at high speeds causing the muscles and ligaments to stretch.

Spinal cord injuries occur when there is trauma to the spinal column.

Brain damage is the third most common type of injury following neck and back injuries. Traumatic brain injuries (TBI) are also a result of these types of accidents.

There are many different types of TBI including contusions, lacerations, fractures, hematomas, edema, hemorrhages, and traumatic brain swelling. These devastating injuries are generally associated with blunt force trauma, falls, and motor vehicle crashes.

A concussion occurs when the brain moves inside the skull after being hit by an external force.

Most people who suffer from concussions have no symptoms at first. However, if left untreated, it may cause permanent damage to the brain.

A broken bone or fracture is any break in the continuity of a bone. Fractures occur when the body experiences extreme trauma, such as a car accident.

If not treated properly, fractures can lead to serious complications including infection, deformity, and disability.

Sprains and strains are injuries caused by sudden twisting motion of joints. These injuries often result in pain and swelling.

Sprains and strains usually happen in the ankles, wrists, elbows, knees, neck, back, shoulders, and fingers.

Burns are injuries where the skin is damaged by heat.

Skin burns can range from superficial to deep depending on how long they last and what type of burn they are. Superficial burns involve only the top layer of the skin while deep burns go deeper than the skin.

We’ve Got Your Back.

You’ll notice the difference when you contact The Brown Firm! We have four offices to serve all of Georgia and South Carolina.