Can You Be Sued if You Wave to Another Driver to “Go Ahead” and they Cause an Accident?

In any congested road, a simple and friendly gesture as a wave can cause fatal accidents. If you’re thinking that a waving accident has something to do with hands making contact after a greeting, you couldn’t be farther from the truth. It has everything to do with a driver waving on another driver, which could be a primary cause of a car crash.

What is a Waving Accident?

Truth to be told, this accident is common. Many drivers have probably encountered a scenario wherein two drivers approach the same space on the road. A well-intentioned Samaritan may wave at the other vehicle to indicate that they may proceed.

Unfortunately, sometimes, this well-intentioned wave off leads to a car accident. These accidents can often lead to a lot of questions about which driver is at fault and if the driver’s wave was off enough to make them liable for the damages caused by accident. 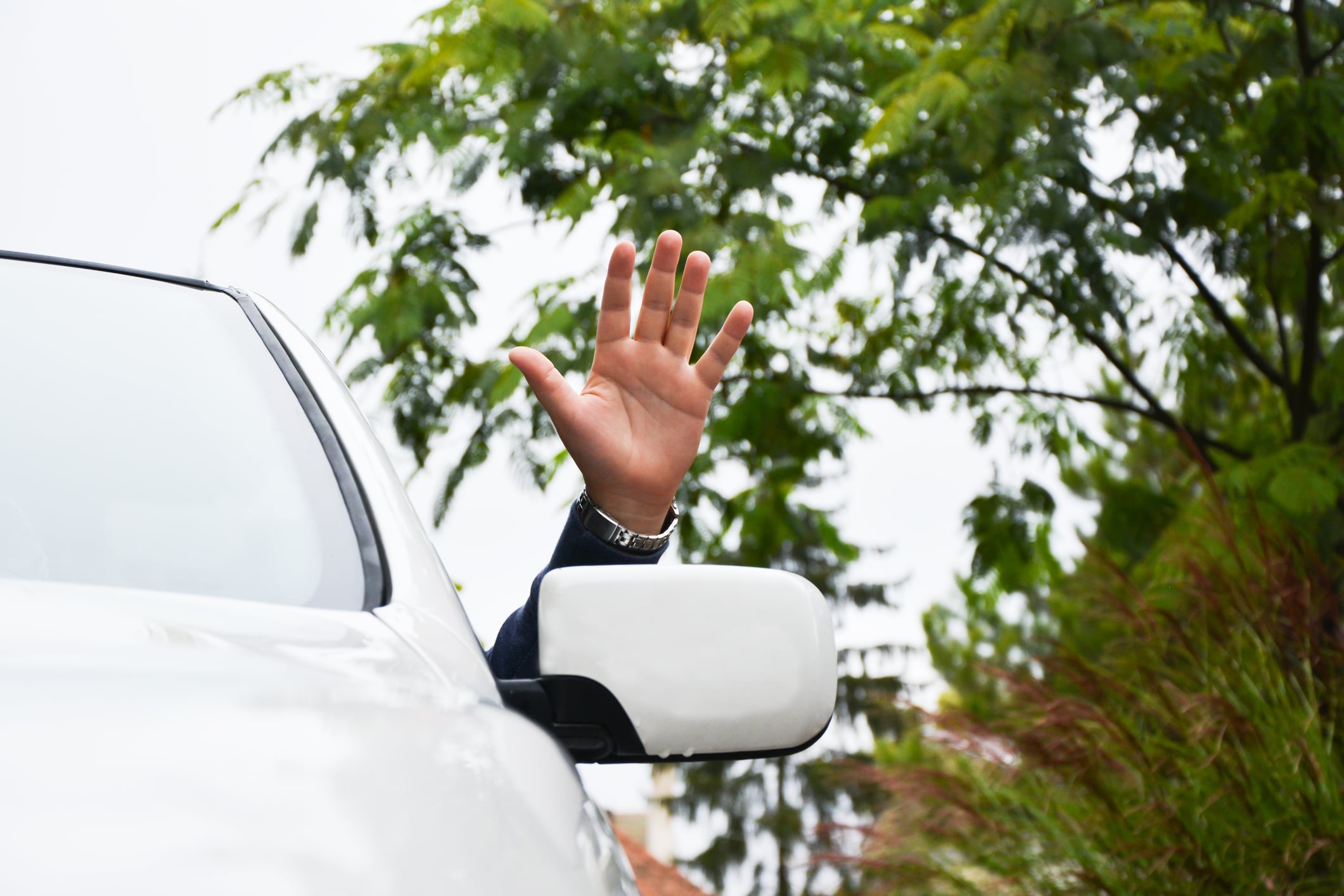 Will the Uninvolved Driver Be Liable?

Determining liability in waving accidents can typically result in a long and complicated court process since state laws on this very controversial issue vary. In some states such as Ohio, waving someone is interpreted as a simple gesture of politeness and nothing else. It’s basically offering another party the right-of-way and not telling them that it’s safe to go.

According to the traffic laws in this jurisdiction, the only people at risk of liability are those involved in the accident, as it’s still their responsibility to decide whether their actions would be legal and safe. The excuse of being told it was safe to drive out by someone else in a different car is irresponsible. Such is the case in Georgia, Arnold v. Chupp in 1956, when a driver of a truck signaled the defendant, Chupp, that it was clear to pass even when it wasn’t. The court held the defendant liable, who had the sole responsibility of observing specific requirements before attempting to pass another vehicle.

However, in states like Pennsylvania and New Jersey, you can be sued for waving another vehicle into a line of traffic, and a collision ensues. This has been the situation since the 1998 case of Thorne vs Miller, which stemmed from an automobile accident that occurred in South Jersey in 1994.

According to the facts presented in the court, the accident occurred on a roadway with two lanes of traffic in each direction. The area was congested and the defendant, Lori Miller, wanted to make a left turn out of a parking lot into the westbound lane of a four-lane road.

Meanwhile, Donald Cook, the other driver, was operating his motor vehicle in the outer eastbound lane. Cook was in front of the parking lot entrance when he waved Miller into his path, indicating that she could pass through to exit. He did not only do it once but twice.

However, Cook’s car wasn’t the only issue. As she passed over the westbound lane, she struck another vehicle whose driver was identified as Rita St. George and a third vehicle owned by Joseph Thorne getting into the collision as well.

The injured parties Thorne and St. George sued both Cook and Miller for the accident. However, Cook’s attorney tried to have him removed from the case before the trial as he never struck anyone. He maintained that his intentions when he made the waving gesture is to be helpful and shouldn’t be held responsible for the accident. The attorneys for the Plaintiff disagreed and argued that Cook owed all drivers a duty of care to be confident that it was actually safe for Miller to enter the roadway before waving her into the intersection.

After reviewing the facts, the court disagreed with Cook. Driving is rife with risks that often lead to death or bodily injury caused by car accidents. As gestures are a standard operating procedure and the risk of injuries from a car accident so severe, imposing duty upon these waving drivers is only fair. Before waving on Miller, Cook could have tried to make sure that the area was completely clear by using his rearview mirror for any cars that were coming up behind him and to his left.

However, this doesn’t point all the blame to Cook. The court only acknowledged the waving gesture to have contributed to the crash, not assign any share of responsibility.

Waving or gesturing can indicate that the road is safe, so giving the signal would mean that you’re taking on the duty or responsibility on the other person’s safety. You do not want the consequences to come from your well-intentioned actions. This doesn’t mean that kind gestures or civility on the road is unwelcome. You can still be a polite driver without taking any risks. You can leave a gap and let them in instead of waving people in to avoid liability once an accident or injury occurs.

If you’re on the receiving end of a courteous wave off, you have to be wary of trusting the wave of the stranger entirely as there is always a chance of misinterpreting the other driver’s motions. You should always utilize extreme caution and wait. It’s always wise to prioritize your safety and the safety of others on the road.

If your attempt to be a courteous driver went wrong, you can consult our skilled Georgia Truck Accident Attorneys from The Brown Firm for any legal advice and handle your automobile accident case. Contact us at (912) 200-9755 or visit our website to get started with your Free Consultation.